1. Although bats and butterflies are obviously different species, the shape of their wings are similar. 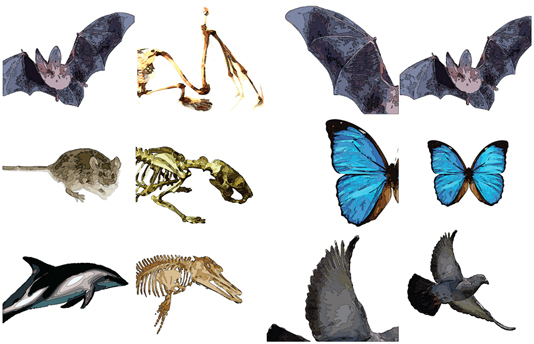 3. Both primates and corvids have developed high intelligence such as tool manufacture, mental time travel and

social cognition. Both depend on a “toolbox” of causal reasoning, flexibility, imagination and prospection. This is an example of convergent evolution because cognitive tools have arisen multiple times in distantly related species. They have vastly different brain structures but were solving similar socioecological problems (Emery and Clayton, 2004).